WILPF US 34TH CONGRESS IS BIGGER AND BETTER

“WOMEN, POWER, and SOCIAL JUSTICE: Building from Strength” is the theme for the 34th WILPF US Triennial Congress this summer. Here are the dates to remember: August 13-15 and 20-22 with some weekday afternoons/evenings. This schedule offers time to “see” everyone from around the world who shares our values and passions. A radical departure from past Congresses that were limited to those able to travel to them, this Congress is more open and more accessible than ever!

We have a remarkable number of excellent speakers booked, along with challenging panels, roundtables, and interviews. Rev. Dr. Liz Theoharis opens on the first Friday night, along with greetings from Madeleine Rees, WILPF Secretary General. Joy Onyesoh, President of WILPF International, will greet us on the next Friday. Vandana Shiva will speak during the morning of the first Saturday session; Maude Barlow, Canadian Chair of Food & Water Watch and Paul Kivel, educator and activist, are scheduled to speak on the second Sunday.

Branches will offer panels and roundtables on various and fascinating issues, including Indigenous Women Speaking Up, Social Justice Rising Up, Intersections of Gender and Racial Disparities, and our own Before Enlisting. There will be “HOW TO’s” on membership and branch building, social media, feminist leadership, legislative success, as well as time for schmoozing and fun.

On June 12th, our two branches met via Zoom to reflect on our accomplishments for 2020 and to plan what issues we want to focus on in 2021, what specific activities we will work on, and who will volunteer to take the lead in those activities. Our two branches’ primary focus has been and will continue to be anti-militarism and anti-nuclear work, including the UN Treaty on the Prohibition of Nuclear Weapons (TPNW).

Potential actions this year include events this summer with the Golden Rule Peace Boat and anti-nuclear activities for the Hiroshima/Nagasaki 76th Anniversary in August.

“Nuclear Weapons & Climate Change: Shine a Light, Stop the Hate, Lower the Heat.”  will be a hybrid event with virtual presentations and a limited live presence (August 6th) at Livermore Nuclear Weapons Lab.  The August 6th program will be rebroadcast August 9th. Speakers will include Daniel Ellsberg, and Neil Myhand from the California Poor People’s Campaign, as well as music.

Our branches continue to be directly involved in the work of Before Enlisting, whose mission is to work with high school and community college teachers to present young people and their families with the full picture of the realities of military service, provide comprehensive information on nonmilitary alternatives, and explore peaceful solutions to conflicts.

We also want to maintain a connection with and support the work of the Poor People’s Campaign. Their next event is this Monday, June 21st at 2:30 pm on Zoom, supporting the U.S. legislation on the Third Reconstruction (HR 438 introduced by Congresswoman Barbara Lee) https://www.3rdreconstruction.org/#resolution

For more information and to register, Livestream here.

WILPF East Bay and WILPF San Francisco are actively involved with National WILPF on a number of Issue Committees and on One WILPF calls.

We have exciting plans for 2021, but we do need the help and support of our members. If you are interested in working with us on any of the activities listed above, or would like to focus on other issues, please contact us. Email wilpf@wilpfeastbay.org or wilpf.sf@gmail.com.

The country by country details provide a grim picture of increasing budgets to fund new generations of nuclear weapons. The report also sheds light on the numerous private weapons contractors that profit off of the nuclear weapon largess from these countries and the huge amounts these companies spend on lobbying to keep the largess coming. This creates what the authors have deemed,” the nuclear weapons complicity cycle.”

The report further points out that the nine nuclear weapons states found they had more than $72 billion on hand for their weapons of mass destruction in 2020, $1.4 billion more than 2019, despite the global pandemic. The report illustrates how these governments are putting these weapons and their corporate benefactors before the needs of their people.

ICAN is a global campaign working to mobilize people in all countries to inspire, persuade and pressure their governments to sign and ratify the Treaty on the Prohibition of Nuclear Weapons. ICAN is comprised of more than 600 partner organizations (International WILPF and Tri-Valley CAREs included) in over 100 countries. More information about ICAN, as well as ACTIONS you can take, can be found at www.icanw.org.

REPEAL OF THE 2002 AUTHORIZATION FOR THE USE OF MILITARY FORCE

A LETTER FROM BARBARA LEE TO HER CONSTITUENTS

I’ve got great news to share. Today, the House passed my legislation to repeal the 2002 Authorization for the Use of Military Force. I’ve been fighting to repeal the outdated, overreaching AUMF for nearly two decades. Today, we got one step closer to ending forever wars.

The 2002 Authorization for the Use of Military Force was passed nearly 20 years ago to utilize military forces to combat the Saddam Hussein Regime in Iraq.  Today, almost fifteen years after the death of Saddam Hussein, this outdated authorization has no relevancy to the threats our nation faces. Let’s be clear: U.S. military operations carried out under the 2002 AUMF officially concluded in 2011 and this authorization no longer serves any operational purpose. If the 2002 AUMF remains on the books, it could be used for military action Congress never intended to authorize.

Yesterday, Senator Schumer made a commitment to bring this legislation to the Senate floor this year—it’s great to see the Senate build on our momentum in the House to end forever wars. I will continue working with Senator Tim Kaine to get this legislation across the finish line in the Senate.  It’s far past time to put matters of war and peace back in the hands of Congress, as constitutionally intended. We are finally on the cusp of achieving that goal. 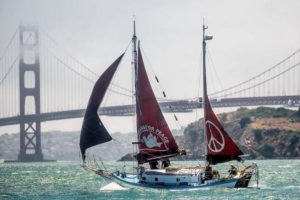